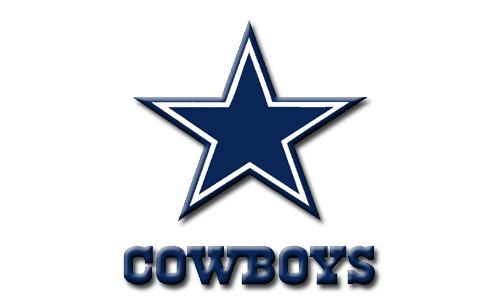 ROMO: “I’m not gonna allow this situation to negatively affect Dak or this football team by becoming a constant distraction. Ultimately it’s about the team – it’s what we’ve preached our entire lives.”

EB: The best way to deal with this situation, positively,…especially when the realization is that someone else…a younger player, is doing the job, is to teach the player that is playing. It helps by taking the emphaisis off of the situation you are in and focuses on something that builds the team. The teaching part also keeps the mind prepared for playing. Most of the time what looks final isn’t final, especially when the season is continuing.

The time for finality is for the off season. Decisions will be made in that regard then. Fears and thoughts that the career may be over may be stayed off for another season, but the end is coming. It’s a young man’s game.  (Players that play for extended periods and are still good all feel this way). It’s tough to see someone else do what you feel and know you can do. But, there is a realization, as well, that it’s really best for the team.

ROMO:”I think Dak knows that I have his back, and I think I know that he has mine.”

EB: Having each others back started in the off season. Even when Romo realized how good Dak was and that he is motivation to me and a treat to be a starter in the league, they worked closely together. Romo helped coach him even then. It’s a natural and important trait to have when you got people and natural leaders on your team that are winners in every way.

ROMO: “To say the first half of the season has been emotional would be a huge understatement. Getting hurt when you feel like you have the best team you ever have was a soul-crushing moment for me. Then to learn it’s not three or four weeks but 10 is another blow. And through it all you have a tremendous amount of guilt about letting your teammates, fans and organization down.”

EB: Part of the guilt for me was I knew I could not do what I was expected to and use to doing. The coaches seemed like that couldn’t or wouldn’t talk to me. It felt strange. It was like if you can’t help me or be on the field, you have leposy. Perhaps that was part of the mind game they played or it could have been as Tony said. “The coaches have to keep coaching.”

When I became a coach, if a player of mine got hurt, I would always find him in the training room and spend some time with him. It was important to me to let them know they were more than a football player or piece of meat to me.

ROMO: After all, they were depending on you to bring them a championship – that’s what quarterbacks are supposed to do, that’s how we’re judged. But then here you are, sidelined without any real ability to help your teammates win on the field. That’s when you’re forced to come face to face with what’s happening.

EB: While facing that reality, the fire still burns. It’s tough to look at the guy playing “your” position without saying or thinking that I would have done better. That’s the driving force of a player. I’m the best for the position. Frustration, anger and fear all surface. I used that energy to my benefit by doing extra running, stairmaster and hill work. It became my motivation.

I also had to do some reflecting. How did I allow this situation to be manifested? What was my contribution to where I am today. It made me really look at my life of football. Check out the next sentence.

ROMO:”You’re sad and down and out, and you ask yourself, “Why did this have to happen?”

ROMO: “It’s not always easy to watch. I think anybody who’s been in this position understands that. But what is clear is that I was that kid once: stepping in, having to prove yourself – I remember the feeling like it was yesterday. It really is an incredible time in your life. If I remember one thing from back then, it’s the people that helped me along when I was young.”

EB: Part of the process of winning is having those that are all about the team. They pass on the knowledge to those that come behind them. They even pass it on when someone may be a threat to “their” job because it’s best for the team. It is, as I see it, a responsibility of each position. Winning is the most important.

ROMO: “For every high school kid out there or college player, there’s greatness in being the kind of teammate who truly wants to be part of the team. Everyone wants to be the reason they’re winning or losing. Every single one of us wants to be that person. But there are special moments that come from a shared commitment, to play a role while doing it together.”

EB: This a quality of a true winner. He is to be admired as we watch him walk this part of the journey out. There will be moments of selfishness without a doubt. He will continue to want to play and have half hearted happiness for Dak and the team but will also have a real life growth process and a moment he can teach from for a lifetime. “Perfection Sought, Progress Accepted”

ROMO: “I’ve figured that you in this process. It’s what separates sports from everything else. It’s why we love it, why we trust it, it’s why I still want to play and compete.”

EB: The ultimate winner does the winning inside then has the ability to teach others how to win.