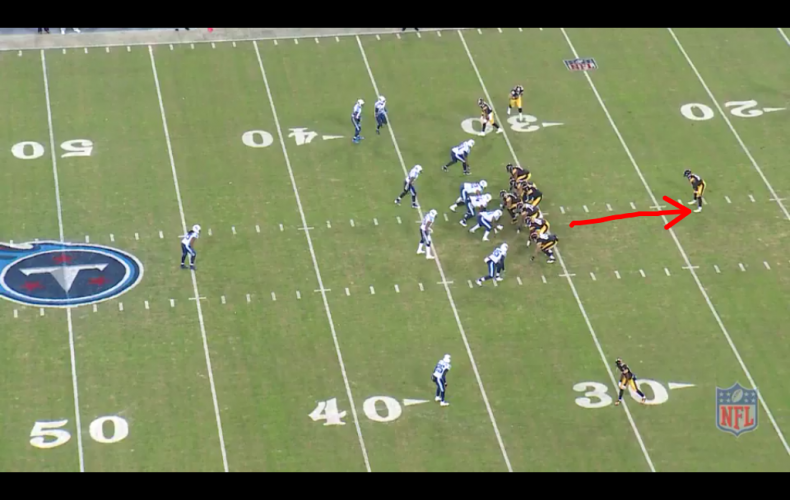 Breakdown on the game

We started the last blog on the Steelers by looking at the depth or initial alignment of Bell.  As stated, MOST runners, when behind the QB, align 7-7 1/2 yards deep. As you can see in the picture he is at least 8yds deep. Sometimes he is at 8 1/2 almost 9. This depths help him in the run game but may end up hurting him when he has to pass protect.

As mentioned, He does a good job being consistent with his alignment. The game within the game states that he has to line up at the same depth whether it’s run or pass. The offenses that I have been in calls for different alignments for certain plays and especially pass plays that call for pass protection. 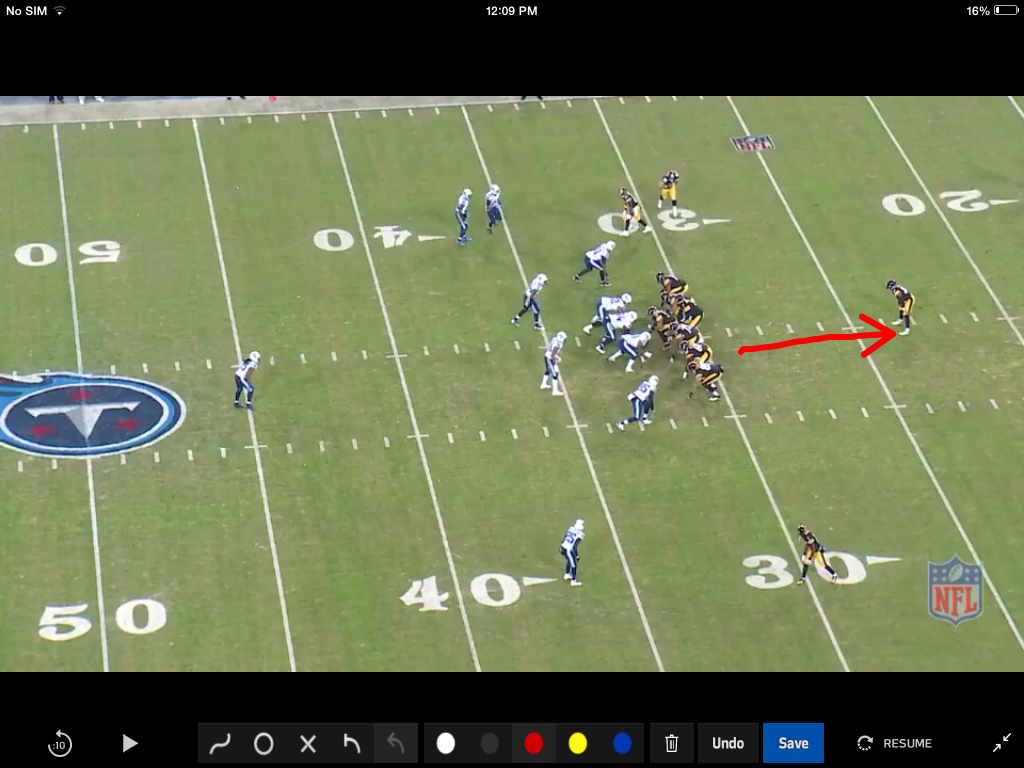 This is a look at the deficiency that aligning  at 8-8 1/2yds has. When there is a linebacker dog or a blitz, the runner takes on the defender closer to the QB. This may not have been an issue is this game but may produce pressure and sacks later in the season. Especially when the team meets better rush defenders if they are to make the post season. 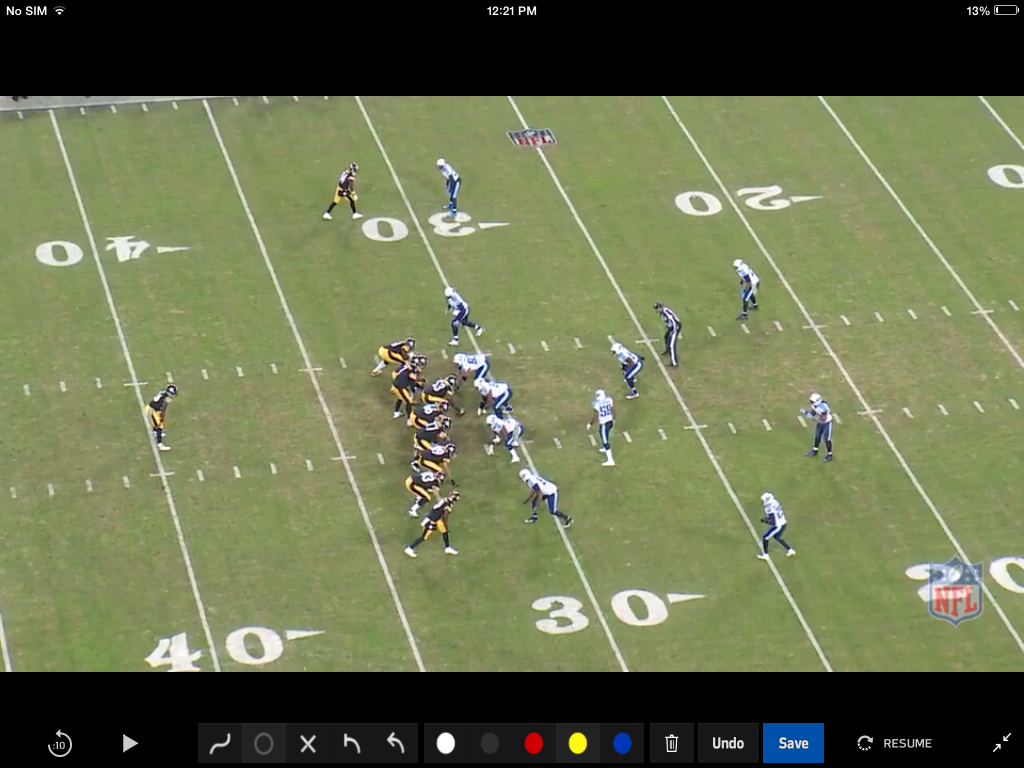 You can see, in the picture above, that the ball in on the 31yd line.

Ben has taken a 7 step drop and has to scuffle up to throw the ball. Le’Veron is taking on the defender just pass the 38 yard line. In his initial alignment his heels on on the 40. He has gained only 2yds and has no room to give. 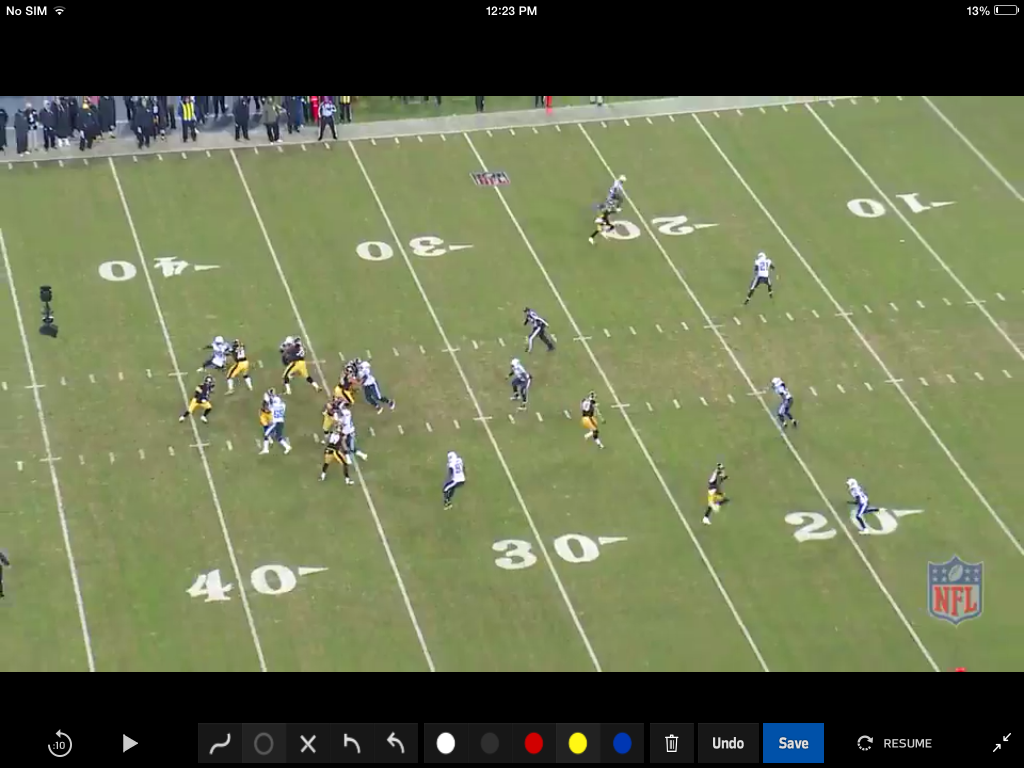 Two things benefit the Steelers here. SIZE AND SIZE. Both Ben and Bell have excellent size for the positions they play. Although they may be playing with fire with the depth of alignments and the lack of closing the gap by 26 after the snap. You can see how close LB is to Ben. During this play Ben is able to slide up and to the left to avoid pressure. LB is fighting his butt off while providing protection. 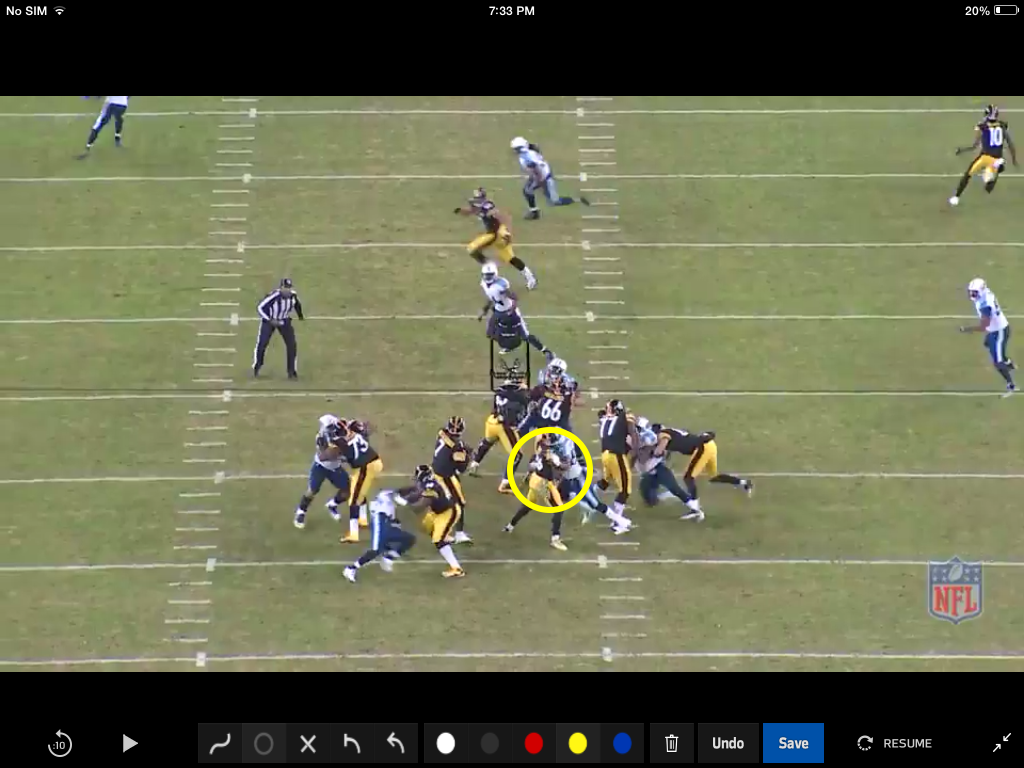 Keep an eye on this game within the game note as the season progresses.

For the love of the game