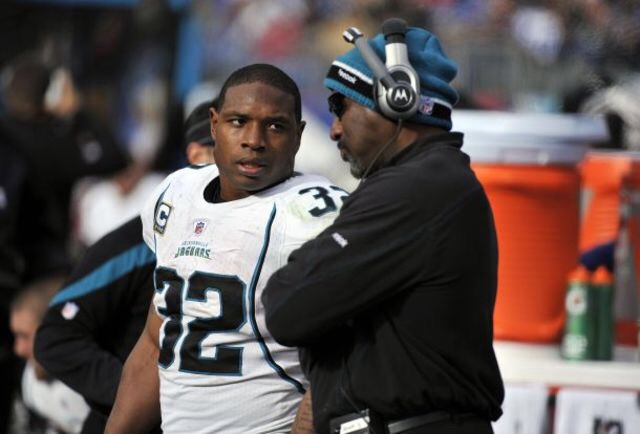 Mojo (Maurice Jones-Drew) just decided to retire. He is moving on to his next life.

He was one of my best players and an excellent student in the classroom while being a student of the game.

He loved to run the two back power play. He would get in the back hip of his pulling guard and wish the backside backer would overrun the play. If he did, he got that back door cut. He was a master of disguise.

Congrats on a fantastic career and thanks for allowing me to earn my way in. You were a treat to work with and watch!

This brings a conundrum to mind.

When is it time to hang the cleats up? To me it’s never the right time. The body says it is, while the mind says I can still be the player I was. For those that hang on to what you love…best of luck!

For those that choose to hang it up and move on to what you have been prepared for, congrats on your playing career and best of luck in your next endeavor.

The player, in reality, knows first and foremost. It’s been told to him by the inner man that has helped him be the player he has always been. That inner man that has been there to protect him, guide him when he has had difficult situations come up in his life and because of some action on the field.

The inner man has spoken, but the natural man says I can still do it. Mr Natural will convince the player that he can go one more year. But deep down inside, he knows.

You see, it’s real easy to think that you can continue, especially, when practice is held the way it is now. Guys are not hitting nearly as much as it was once necessary to play in the league.

The game is so much easier to stay in past your production at this point. No pads give a false sense of security. Running around in the skivvies is easy.

That’s why when people talk about how good a guy has done at the combine or how he has done in a private workout, they better confirm the workout by watching the player while live bullets are flying. GAME TAPE and practice video when guys are really hitting is your best judge.

When is it time? What are your indicators? If you are a QB and you start to duck or go down because you saw a phantom rusher. Start to think about your exit.

This may be the biggest one. When you get where the hit hurts you, instead of the you hurting with the hit. It’s time!

Part of my memory takes me back to the end of my career. It was the start of less pads being worn in practice. WHEW! I could run around with the best of them when we were in shorts. It felt good. I was still quick, but not fast. (never had dem jets) But, when the pads were on, almost everything hurt.

The inner man had spoken to me during the early part of the season. 1997 season was going to be my last. Buuuut! When the off-season came around in 1998, I still had the natural man telling me to go one more year. Play in the new stadium EB. You can do it.

Deep down I knew. Deep down, these guys that are near the end of their career, they know.

One quick story on MOJO. It was late in 2011 season. We (Jaguars) we’re hosting the Browns. Kotter called a slow screen to the right side. Mo ran it with precision and ended up breaking back across the field for about 70 yards. He got tackled at the one. It set us up to win the game, but he had to come out. We mobbed him! He had what I thought was a smile on his face. He mumbled something. I asked what? He finally got out “I’m going to throw up.” I lost it!