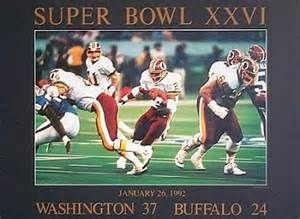 Winners are around us every day. Outside of the super talented, outliers, winners have traits that run true through anything that is truly successful.

Winners are always hungry to learn more about their craft. There is an insatiable desire to learn and grow.

Those that think they have it all figured out will ultimately cost themselves and others that are depending on them.

Winners are respectful to those that earn their respect and those that don’t. They respect their families, teachers and coaches.

Those that don’t have respect or show respect will bite you in the ass eventually.

Winners have a basic honesty about them. They generally tell the truth even if it hurts them.

Those teammates, family members that cover for themselves will drive a wedge in between winning or success.

Winners are typically humble. They work hard to achieve and appreciate the opportunity to better themselves.

Those that become arrogant or boastful when successful will invariably shame the team or themselves.

Winners are the hardest driven competitors. They generally compete in everything they do. Their main competition is within. They compete to make themselves better more than competing against someone else.

If you have someone that has to be prompted constantly, winning may not be his/her goal.

Winners have the ability to handle success and failure in similar fashion. There attitude rarely changes based on the circumstances surrounding their experiences. Winners learn to focus their energy so that all that happens benefits their lives.

Someone that is constantly up or down because of outside influences
will constantly blame others for what they have caused. The answer to their problems will never be them. Their erratic behavior and lack of balance will affect any team they are on.

Winners are overall good people. They are in love with being a winner and typically are never satisfied withe their achievements. The effort it takes to be a winner is continual as is the developmental process.

It’s a blessing and a curse.